Vacation is so much fun, another mostly sit and soak up the sun.  We visited our first Fry’s for groceries.

The flecks we encountered in Bailey last trip are trying to come back. 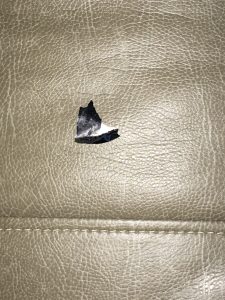 Then sat around again into the night. 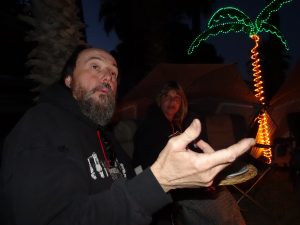 Today was a hang around, soak up sun go to Sam’s Club and Walmart kind of day.

It was also Wilf & Allan tinker around to figure out some of Bailey’s mysteries.

When all else fails RTFM (read the fuc$%#@ manual) 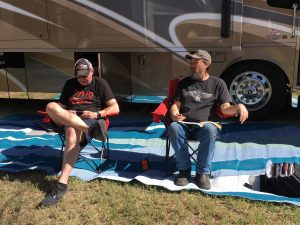 We are relatively close to train tracks, getting used to the whistle 2 long, 1 short, 1 long. 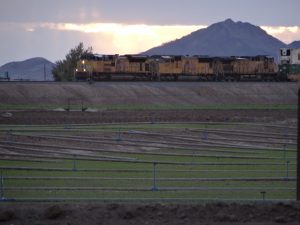 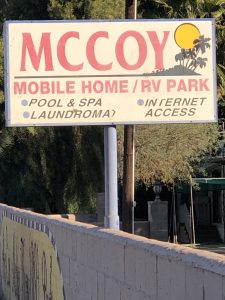 Lazing around a bit before heading to flea markets. 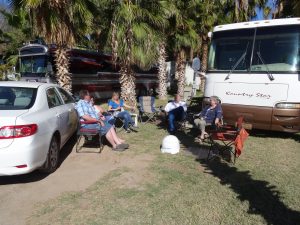 First Arizona Flea Market where I bought a super duper scrubber for pans then off to the Yuma Swap Meet where we purchased nothing.

Then off the to the Verizon store.  Allan and his gadgets! 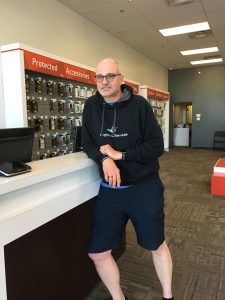 Back home to the best time of the day. 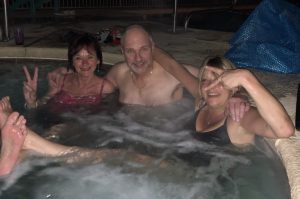 Reunited and it feels so good!

Left Toronto Pearson at 945a, were scheduled to leave at 925, late again that is why Air Canada has so many little planes, cause they do not pull out on time.  Arrived in Phoenix about 1240p local time.  Uber to Goodyear and pick up Bailey.  Starting km 47625.

2p We are now enroute to Yuma for an exciting week with 3 other RV couples.  Wilf (childhood friend) & Brenda, Wilf’s parents Tom & Irma who spend Winters in Yuma, and Wilf’s sister and husband Shelley & Jim.  I’m pretty sure the park will not be the same when we leave.

We arrive in Yuma proper around 4 and head to Walmart for much needed groceries.  We buy the essentials enough for dinner tonight and breakfast in the morning.

We arrive at the park, McCoy Mobile Home/RV Park about 6p to our second back in spot.  Of course this time we are amongst friends and mostly everyone else in the RV park watching us back in.  Got in but took 3 attempts.

Everyone is here except Wilf & Brenda who arrived closer to midnight and exhausted.