A lot of flatness & cows!

We later learn it is really sulfur.  The goal is, Bailey never sees snow!

We see many grain silos 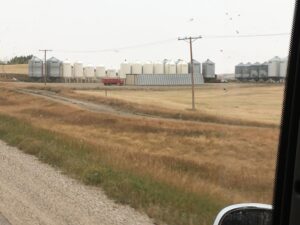 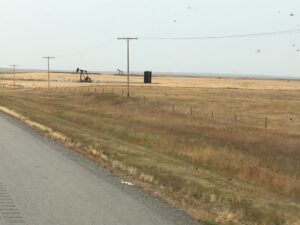 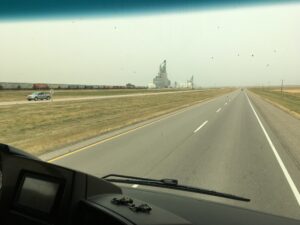 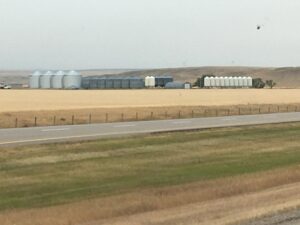 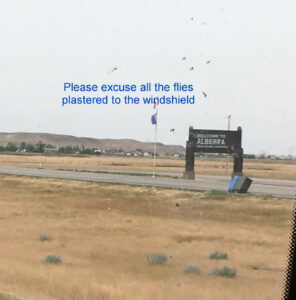 We pass a sign indicating vehicles over a certain weight must report to the inspection station.  Does that include us?  Allan errs on the side of caution, after seeing the chaser vehicle 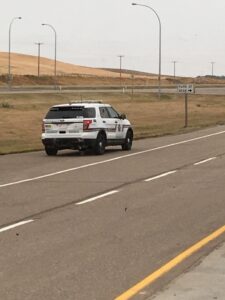 Turns out it isn’t required for us, would have been interested to determine our weight but we couldn’t figure that out.

Back on the road I finally get a photo of the “Important Intersection” sign.  We foolishly thought all intersections were important! 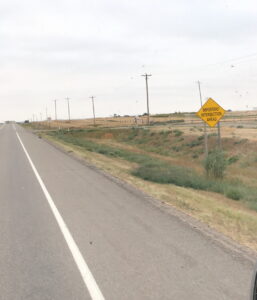 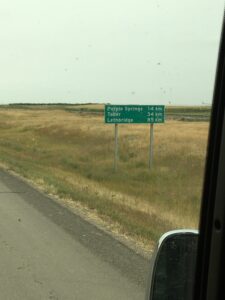 What’s that???  Turns out it’s the Water Tower Restaurant. 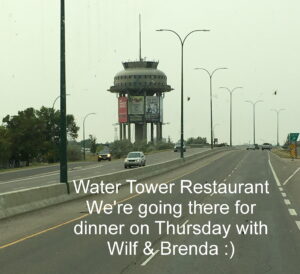 Next exit is ours… 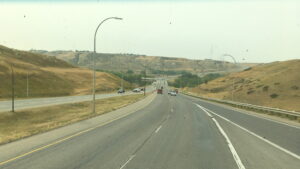 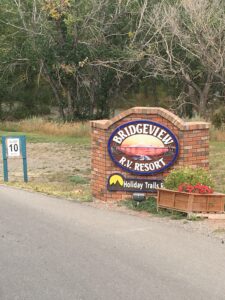 is in a coulee  New word that Brenda taught us

This is the first site we’ve been in that is both pull thru (Bridgeview calls it that) and a back out. 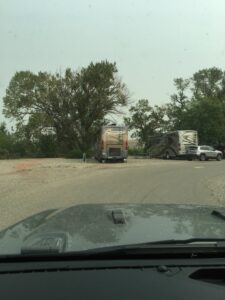 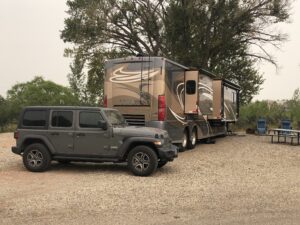 With this view from the front seats 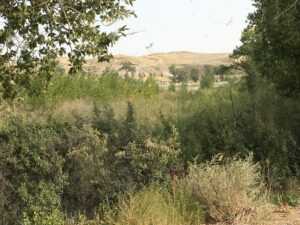 We see a river, off we go 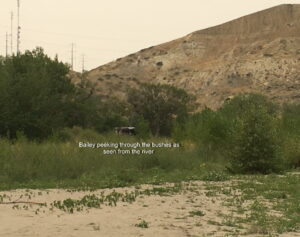 We spot a ship wreck!

The Lethbridge Viaduct, commonly known as the High Level Bridge 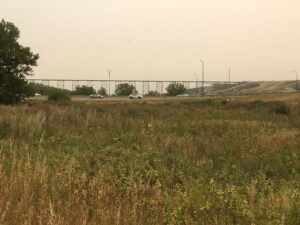 We’re in Lethbridge to see Allan’s childhood friend, Wilf and family.  The evening ended with a surprise visit from Wilf’s parents 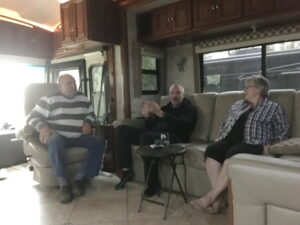 And then Shelly, Wilf’s sister and her husband Jim.  Forgot to take that photo!

It will be a super fun week here.